The summer of 2018 will be remembered (at least by me) as the windiest period of time that I have seen since becoming a guide nearly 7 years ago. Every single day we are seeing gusts of 20+ and at times 30+. I have been able to launch here on the North end and run the lake just 2 times in the last six weeks. Both times I have been able to do that we have whacked the tar out of em and one day in particular saw 60+ fish find their way into the boat. Most days however are stuck in front of the damn dam while launching off the bank down South. Speaking of launching of the bank…….

Don’t hit that dag gone rock……I have launched in and around that damn thing for years and guess who hit the mother@#%@er this week. Just plane stupid…….I knew I cut the trailer too close, but instead of pulling forward I ran right into the side of it. I have looked my trailer over and for the life of me I can’t find where I made contact. Here is another pic…..that rock that’s in the water lines up with the rock that’s on the bank. Be CAREFUL! When in doubt, pull out!

Ok ok …..back to the fishing. I know I mentioned a 60 plus fish day above. That is certainly NOT the norm. Good grief the fishing has been tough as freaking nails of late more often than not. I had a recent trip where a client caught 1 fish by 2 o’clock……yeah 7 hours of fishing and he had 1 bite for 1 fish.

Mind you…..if you are going to get one bite? That fish right there is certainly the one bite you wanna get! 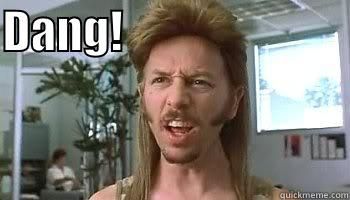 Here are a few more nice Falcon Lake fish…..look at those smiles from last week. Few things in life are better.

I got a pleasant surprise a couple weeks back with my phone and email blowing up about a plug in Bassmaster Magazine.

I had several folks send a pic of the plug…..I’m sorry, but don’t know who’s pic I used above. I think it was Dr. Jack’s pic, but don’t hold me to that. lol, Every little bit helps and I have had multiple calls from folks that read that little piece. Pretty cool and very much appreciated.

Then there is my boy Ranger…..look at him.

He thinks that he is hidden and I can’t see him. He’s been getting ear infections and he hates the ear solution that I have to put into his ears. Poor guy…….but he is doing much, much, much better.

Love ya’ll and hope to see everyone here on the border in the very near future.

Previous Post
Man I love summer in South Texas.
Next Post
“What was the one thing you weren’t prepared for when you became a guide?”