Took out brad, Jim and 8 yr old Waylan for a falcon lake guide trip. We started the day cranking and boating several 1-2 lb fish. Then Jim hooked scary fish #1 of the day. After a short fight the bucketmouth beast won and won convincingly, no split decision here….. Broke line as it jumped 10 ft from the boat. Next up was Waylon. He was cranking in his 6xd catching a fish there and fish here when scary fish #2 decided to play. Waylan did an awesome job fighting this walrus, but in the end the 12 lb fluoro was no match with a cinched down drag. Snap. Jim was up again and he fought a tank and lost…. Line? No. Hook? Yes, as in snapped in half. I had to apologize to these gents and tell them that I have been on the worst run with getting elite level fish to the scales. Well the bad luck ended around 1 and we stroked some dang nice fish including Waylan’s 9-13 that he caught on a Criged brush hog in 27 ft of water. 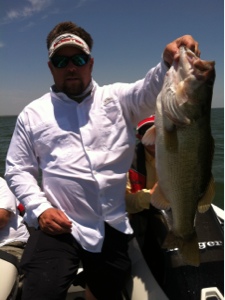 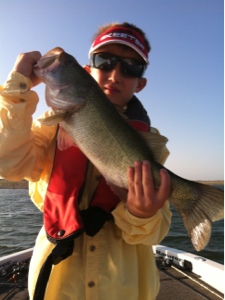 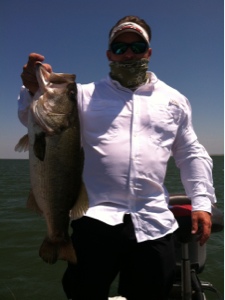 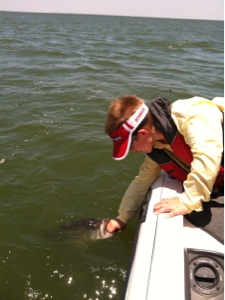 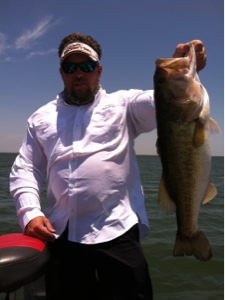